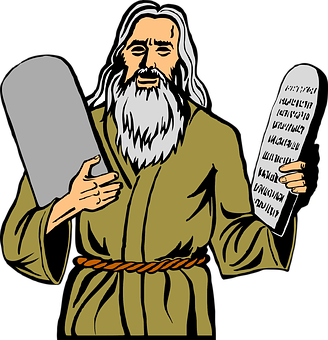 Key Verse: Verse 12 – “Honour thy father and thy mother: that thy days may be long upon the land which the LORD thy God giveth thee.”

The first commandment God gives in relation to our fellow man is to honor our father (and our mother). It is the first commandment to carry a promise with it (Ephesians 6:2). There are no conditions attached. It’s plain and simple: honor thy father [and mother].

“I can’t have this,” she said. “It interferes with my right to happiness.” So she and her husband took the old man gently but firmly by the arm and led him to the corner of the kitchen. There they set him on a stool and gave him his food in an earthenware bowl. From then on he always ate in the corner, blinking at the table with wistful eyes.

The man and his wife looked at each other for a while and didn’t say anything. Then they cried a little. They then went to the corner and took the old man by the arm and led him back to the table. They sat him in a comfortable chair and gave him his food on a plate, and from then on nobody ever scolded when he clattered or spilled or broke things.

We all need to be reminded of Galatians 6:7, “Be not deceived; God is not mocked: for whatsoever a man soweth, that shall he also reap.”

What to do:
✞ Honor thy father (and thy mother).