Daily Devotion: A Quarrel Among the Tools 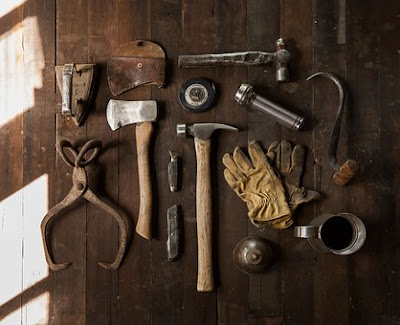 Key Verse: Verse 3 – “For ye are yet carnal: for whereas there is among you envying, and strife, and divisions, are ye not carnal, and walk as men?”

Key Words: there is among you envying, and strife, and divisions

The Carpenter's tools had a conference. Brother Hammer was in the chair. The meeting had informed him that he must leave, because he was too noisy. But he said, "If I am to leave this carpenter's shop, Brother Gimlet must go too; he is so insignificant that he makes very little impression."

Little Brother Gimlet arose and said, "All right, but Brother Screw must go also; you have to turn him around and around again and again to get him anywhere."

Brother Screw then said, "If you wish, I will go, but Brother Plane must leave also; all his work is on the surface, there is no depth to it."

To this Brother Plane replied, "Well Brother Rule will have to withdraw if I do, for he is always measuring other folks as though he were the only one who is right."

Brother Rule then complained against Brother Sandpaper and said, "I just don't care, he is rougher than he ought to be, and he rubs people the wrong way."

In the midst of the discussion, the Carpenter of Nazareth walked in. He had come to perform his day's work. He put on his apron, and went to the bench to make a pulpit. He employed the screw, the gimlet, the sandpaper, the saw, the hammer, the plane, and all the other tools. After the day's work was over and the pulpit was finished, Brother Saw arose and said, "Brethren, I perceive that all of us are labourers together with God."

How careful we should be not to find fault with any of God’s tools, for they are as much use to Him as we are, and
His work cannot go on without them! ~ Author Unknown

What to do:
✞ Always be mindful that not every believer will be like you; but we all have useful purpose in God’s service.