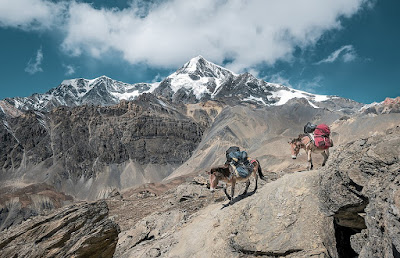 Key Verse: Verse 6 - ”But the men that went up with him said, We be not able to go up against the people; for they are stronger than we.”

Key Words: But the men that went up with him said, We be not able to go up against the people

A person’s attitude plays a major role in determining what they accomplish. If a person thinks that something is impossible, they usually don’t bother with it or put very little effort into it.

One of the best portions of scripture concerning the influence of others is recorded in Numbers 13. Moses sent out twelve spies to determine the lay of the land, the size and strength of the cities, and the type of produce and fruit which was growing. Moses did not ask them to determine if the land could be taken. Their purpose was to discuss what conditions would prevail when the invasion occurred.

The spies spent 40 days in the land and came back with a glowing report concerning its abundant produce. They began their report by saying, We came unto the land whither thou sentest us, and surely it floweth with milk and honey; and this is the fruit of it. Numbers 13:27. However, most of the spies (ten of the twelve to be exact) quickly turned their attention toward the negative. They gave a four-fold negative report.
Negative thinking always produces negative assumptions and conclusions. The spies’ negative report began to spread like wildfire among the people, which produced a negative report. And all the children of Israel murmured against Moses and against Aaron: and the whole congregation said unto them, Would God that we had died in the land of Egypt! Or would God we had died in the wilderness! And wherefore hath the Lord brought us into this land, to fall by the sword, that our wives and our children should be a prey? Were it not better for us to return into Egypt? Numbers 14:2-3.

Now, negative attitudes are highly contagious, and it wasn’t long before this negative attitude infected the entire nation. The truth is there really was no reason for all the negativity...
But because the people listened to all the negativism, forty years of wilderness wandering resulted. Who you listen to is extremely important. Reminds me of the following story.

“Two tired donkeys approached a stream on a hot day. One was carrying a load of salt, and the other a huge pack of sponges. The first donkey, carrying salt, went down into the stream where the salt was dissolved. When he came out on the other side, he called back to his fellow donkey, saying what a marvelous experience he had as he lost his burden in the cooling stream. Whereupon the second donkey plunged into the stream, but the sponges soaked up the water and caused him to drown.” Now the moral of the story is this: make sure you know who you are listening to before you follow them.

What to do:
✞ Protect yourself from those who carry the contagious attitude of negativism. They will kill your zeal for God and the ministry.