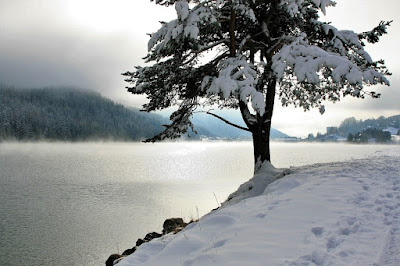 Key Words: For me to live is Christ

They are known as the forty martyrs of Sebaste. In the famed Twelfth Legion of Rome’s imperial army there were forty soldiers who professed their faith in Jesus Christ. One day their captain informed them that Emperor Licinius had sent out an edict commanding all soldiers to offer sacrifice to pagan gods. These Christian warriors said, "You can have our armor and even our bodies, but our hearts’ allegiance belongs to Jesus Christ." Because of their stance they were marched onto a frozen lake in the midwinter of A.D. 320 and stripped of their clothes. At any time they could renounce Christ and be spared from death. Instead, they huddled close together and sang their song of victory, "Forty martyrs for Christ."

That freezing night saw thirty nine men fall to their icy graves. When there was but one man left he stumbled to the shore and renounced Christ. The officer in charge of guarding these men had secretly come to believe in Christ. He then replaced the man who had broken rank and walked out onto the ice. He threw off his clothes and confessed his faith in Christ. At sunrise the Roman soldiers found forty men who gave their all for the cause of Christ.

Today we are blessed that we don’t have to die for Christ. But rather we are to live for Him. Are you?

What to do:
✞ You will never go wrong by living for Christ.