Daily Devotion: I Have Failed 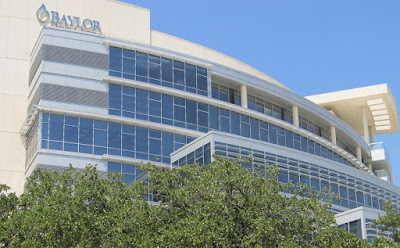 Key Verse: Verse 7 – “And Joshua said, Alas, O Lord GOD, wherefore hast thou at all brought this people over Jordan, to deliver us into the hand of the Amorites, to destroy us? would to God we had been content, and dwelt on the other side Jordan!”

No doubt Joshua felt as if God had forsaken him and that he had failed.

I truly do not know of any persons that at some point in his ministry did not feel as though he was failing.

W. A. Criswell was perhaps the best-known pastor in the world during his long tenure at the First Baptist Church of Dallas, Texas. His sermons, personal efforts, and multiple books have been the means of winning untold numbers to Christ.

But in Criswell’s biography, author Billy Keith tells an interesting story about the man who led Criswell to the Lord. It was when W. A. was ten years old, and Rev. John Hicks came to his small Texas town to conduct a revival meeting. Hicks stayed in the Criswell home during his two-week campaign. Young W. A. was greatly taken with John Hicks, and one day he asked permission to leave school to attend the 10 o’clock service at the church. Entering the chapel, he sat directly behind his mother and drank in every word that Hicks spoke. When Hicks gave the invitation, the lad went forward and, with tears, took Jesus Christ as his Savior.

Years later, when Criswell was a world-renowned pastor, he recounted his conversion to a friend of his, Wallace Basset.

He repeated the story.

“I just can’t imagine that,” Basset said. “Johnny Hicks was a dear friend of mine, and he was here in Baylor Hospital in his last illness of which he died. I went often to see Johnny and one day as I sat beside him, he said, ‘Wallace, my life is over, my preaching days are done, and I’ve never done anything for Jesus. I’ve failed, Wallace, I’ve failed.’ ”

Those were the last words the old preacher ever spoke. He didn’t realize how successful he had been in just that one conversion.

Many today do feel as though they have failed in their ministry. But the key is to keep on, never stop and leave the judgment of success or failure in the hands of God.

What to do:
✞ Do your best for God’s glory. Remember, Jeremiah never had a single convert.