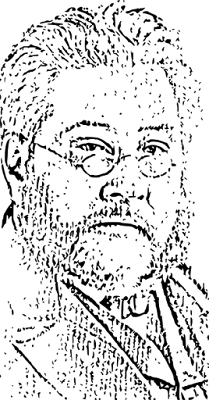 Key Verse: Verse 19 – “And am no more worthy to be called thy son: make me as one of thy hired servants.”

But it was these failures that led to his successful return to his father. Failure is often a success. Even we as pastors, evangelists and missionaries sometimes feel as though we are failures.

I believe that every preacher on occasion feels as though the sermon was a “dud.” I can assure you that many preachers leave the pulpit after delivering a dud, feeling like the message was a failure. Even preachers like Spurgeon were not exempt from such feelings of failure.

Charles Haddon Spurgeon, known as “the prince of preachers,” felt he delivered his sermon so poorly one Sunday that he was ashamed of himself. As he walked away from his church, the Metropolitan Tabernacle in London, he wondered how any good could come from that message. When he arrived home, he dropped to his knees and prayed, “Lord God, You can do something with nothing. Bless that poor sermon.”

In the months that followed, forty-one people said that they had decided to trust Christ as Saviour because of that “weak” message. The following Sunday, to make up for his previous “failure,” Spurgeon had prepared a “great” sermon—but no one responded.

Spurgeon’s experience underscores two important lessons for all who serve the Lord. First, we need the blessing of God on our efforts. Solomon said in Psalm 127:1, “Except the Lord build the house, they labor in vain that build it.” And second, our weakness is an occasion for the working of God’s power. The apostle Paul said, “Therefore, I take pleasure in infirmities, in reproaches, in necessities, in persecutions, in distresses for Christ’s sake: for when I am weak, then am I strong” (II Cor. 12:10).

What to do:
✞ Do your best for God’s glory and leave the results to God.