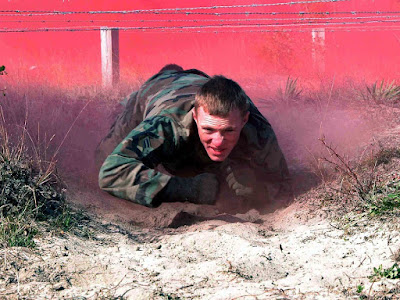 Key Verse: Verse 21– “I speak as concerning reproach, as though we had been weak. Howbeit whereinsoever any is bold, (I speak foolishly,) I am bold also.”

Adversity can be defined in one word: trouble. It can be physical trouble, financial trouble, and/or emotional trouble. All of us have and will again face adversity. We will handle it in one of two ways. We will run from it and not grow stronger spiritually, or we will face it and grow thereby.

The purpose of this article is not to offend anyone but rather to challenge everyone.

In Max Weaver’s valedictorian address he talked about some who were leaving the school because of “people” who weren’t doing right and he went on to say (in my words), “You can’t run from people problems, you have to man up (or woman up) and face them, because where there are people, there is adversity.”

A motto that I was raised by was “a winner never quits and a quitter never wins.”

Biologists recognize a principle at work among plants and animals. This natural wonder is called “the adversity principle.” As strange as it seems, habitual well-being is not advantageous to a species. An existence without challenge takes its toll on virtually every living thing. This may explain the astonishing results of a recent survey where 87 percent of the people surveyed said that adversity caused them to find a more positive meaning in life. “Jesus said, In the world you will have tribulation, but be of good cheer, I have overcome the world” (John 16:33). Ironically, adversity can be therapeutic.

I fear today that we are raising a generation of tattle tails that turn their challenges over to others rather than confronting them.

Nate Oates, the new basketball coach for the University of Alabama, was asked about the number of players leaving the program. He said, “If you’ll look at those who left, they have been in other programs. These young men have never learned to face the challenge of adversity and, in all likelihood, will run from their challenges most of their lives.”

What to do:
✞ Remember, if the good guys refuse to stand then the bad guys will take over.