Daily Devotion: Think About It 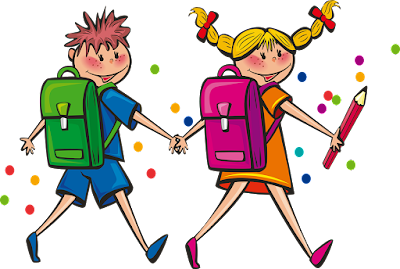 Key Verse: Verse 4 – "Rejoice in the Lord alway: and again I say, Rejoice."

Key Words: Rejoice in the Lord

Finally, they may be getting it! The following article ran in The Birmingham News on September 10, 2008.

MONTGOMERY – Although Alabama’s education system is well-funded, its academic results are some of the lowest in the nation, according to a report released Tuesday by the Alabama Policy Institute.

The group describes itself as ‘a nonpartisan, nonprofit research and education organization dedicated to the preservation of free markets, limited government and strong families.’

The 116-page report – ‘Alabama’s Public Education Dilemma: Does Funding Influence Outcomes?’ – states that Alabama’s education investment, or “input,” is high. Teachers’ salary and benefit packages rank 19th highest in the nation when adjusted for pensions, cost of living and other value factors, it states.

However, the results, or ‘outputs,’ don’t add up, the report states. Alabama students consistently score below those in most states on the National Assessment of Educational Progress, also known as the Nation’s Report Card, and on the ACT college entrance exam, it states. Alabama’s graduation rates are 45th in the nation, and the state spends between $304 million and $454 million per year on remedial education.

John R. Hill, author of the report, used a Score-Spending Index for individual school systems and found that students’ test scores were usually higher where the per-pupil spending was below the state average, and lower in schools that spent hundreds more dollars per child. ‘Throwing more money at these problems does not appear to be the solution,’ Hill said.”

The government makes a poor educator. Nowhere in God’s Word do you find that the government is responsible for the education of our children. That responsibility belongs to the parents. Why, just a simple reading of the book of Proverbs makes that clear.

The lack of education in our society is just a little glimpse at the national problem with our economy, same-sex marriages, and abortion rights – and the list goes on and on. When will we come to the realization that righteousness exalts a nation? We can’t continually be wrong and live wrong and expect things to turn out right!! Think about it!!

What to do:
✞ Remember, it’s the Lord that makes a difference so rejoice in the Lord, not money.