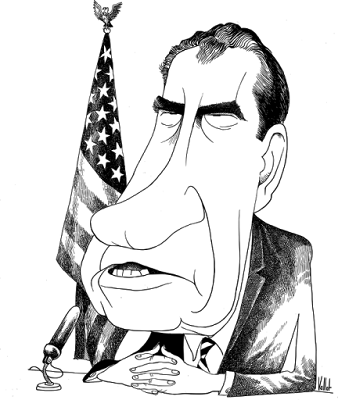 Key Verse: Verse 36 – "For what shall it profit a man, if he shall gain the whole world, and lose his own soul?"

Key Words: For what shall it profit a man, if he shall gain the whole world, and lose his own soul

As a college student former President Richard Nixon wrote that he did not believe in the bodily resurrection of Jesus. There is no proof that he ever changed his mind. Mr. Nixon never gave testimony to having a salvation conversion. Knowing these things it should not surprise us that he used profanity as if he were addicted to it. He was known in political circles as a deceitful man, thus the reason for his nickname, “tricky Dick.”

Politically, Nixon was a genius. Although I do not personally agree with all his politics, Lyndon Johnson called President Nixon “the best president in history.” Time magazine said, “He was the most important person of the post-war era.” Jonathan Aitken, a former member of British Parliament, called Richard Nixon “the finest foreign policy president of the 20th century.” Nixon opened foreign policy with China. He began dente with Russia. He convinced both President Bush and President Clinton to help reorganize Russian government. President Nixon negotiated the peace agreement between the U.S. and Viet Nam. The list could go on and on. But in spite of all President Nixon’s accomplishments, he undoubtedly would give them all up for a drop of water as he burns in hell, which raises the question for us: “What have you accomplished if you gain the whole world but lose your own soul?” Your salvation is the most important decision you will ever make. Everything else pales in comparison. Have you accepted Christ?

What to do:
✞ Make sure of your salvation.