Daily Devotion: The Pledge of Allegiance 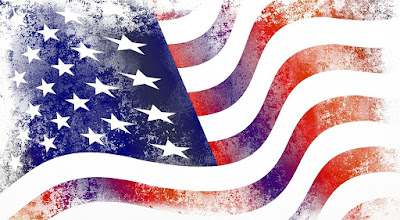 Key Verse: Verse 9 – “Have not I commanded thee? Be strong and of a good courage; be not afraid, neither be thou dismayed: for the LORD thy God is with thee whithersoever thou goest.”

Key Words: Be strong and of a good courage

Joshua, no doubt, did have courage to do as God commanded because of his love for God and his desire to see his people blessed.

One of my favorite stories is about Mike Christian, a POW in Viet Nam during the Viet Nam war. This story is told by Senator John McCain.

“As you may know, I spent 5 ½ years as a prisoner-of-war during the Viet Nam war. In the early years of my imprisonment, the North Vietnamese Army (NVA) kept us in solitary confinement or two to three to a cell. In 1971, the NVA moved us from these conditions of isolation into large rooms with as many as thirty to forty men to a room.

“This was, as you can imagine, a wonderful change and was a direct result of the efforts of millions of Americans on behalf of a few hundred POWs. Ten thousand miles from home one of the men who moved into my room was a young man named Mike Christian. Mike was from a small town near Selma, Alabama. He didn’t wear a pair of shoes until he was thirteen years old. At seventeen he enlisted into the Navy. He later earned a commission by going to officer training school. He then became a Naval Flight Officer and was shot down and captured in 1967. Mike had a keen and deep appreciation of the opportunities this country, and our military, provide for people who want to work and want to succeed.

“As a part of the change in treatment, the Vietnamese allowed some prisoners to receive packages from home. Some of the packages were handkerchiefs, scarves, and other items of clothing. Mike got himself a bamboo needle. Over a period of a couple of months, he created an American flag and sewed it on the inside of his shirt. Every afternoon, before we had a bowl of soup, we would hang Mike’s shirt on the wall of the cell and say the Pledge of Allegiance. I know the Pledge of Allegiance may not seem the most important part of our day now, but I can assure you that in that stark cell it was indeed the most important and meaningful event.

“One day the Vietnamese searched our cell, as they did periodically, and discovered Mike’s shirt with the flag sewn inside, and removed it. That evening they returned, opened the door of the cell, and for the benefit of all of us, beat Mike Christian severely for the next couple of hours. Then, they opened the door of the cell, and threw him in. We cleaned him up as well as we could. The cell in which we lived had a concrete slab in the middle on which we slept. Four naked light bulbs hung in each corner of the room. As I said, we tried to clean Mike up as best we could. After the excitement died down, I looked in the corner of the room, and sitting there beneath the dim light bulb with a piece of cloth, another shirt and his bamboo needle, was my friend, Mike Christian. He was sitting there with his eyes almost shut from the beating he had received, making another flag. He was not making the flag because it made Mike Christian feel better. He was making the flag because he knew how important it was to us to be able to pledge our allegiance to our flag and country.”

So the next time you say the Pledge of Allegiance, you must never forget the sacrifice and courage that thousands of Americans have made to build our nation and promote freedom around the world. You must remember our duty, our honor, and our country.

I pledge allegiance to the flag of the United States of America, and to the republic for which it stands, one nation under God, indivisible, with liberty and justice for all.

What to do:
✞ Be thankful for the brave soldiers who gave their lives for your freedom to go about your daily activities today. May God bless America!