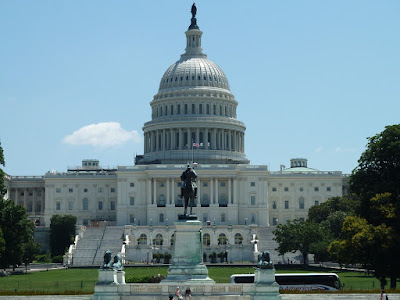 Key Verse: Verse 1 – "Put them in mind to be subject to principalities and powers, to obey magistrates, to be ready to every good work,"

Key Words: to be subject to principalities

Today many believers find it difficult to submit to government, primarily because government has stepped outside of its boundaries and gone against the very principles, not just of our Constitution, but of God’s Word.

Charles Colson in his book, Why America Hates Government, says “that the federal government has reached its tentacles into more and more areas never before under its jurisdiction – most of them controversial social issues that tie the government up in endless political conflict. As sociologist James Q. Wilson explains in ‘The Public Interest,’ before the 1960s the federal government was much more limited. The few tasks it did, it did well: it ended the depression, helped win World War II, built the interstate highway system, established Social Security. Americans took pride in their government. But today the federal government has plunged into every area imaginable. It tries to control education, manage race relations, stop sex discrimination, set up universal health-care schemes, and even outlaw so-called hate crimes (as though the state could control people’s motives). These are all issues over which the American people themselves disagree sharply. Which just about guarantees that the government is twofold: to promote justice and restrain evil. The first is a positive task: promoting harmony among people so they can live together in shalom, the Hebrew word for peace. Even if there were no sin in the world, societies would still need organization and leadership. Someone would have to work out procedural rules to maintain public order, starting with simple things like where to place traffic lights. But after the Fall, a second task was given to government: restraining evil. Public order must now be maintained through coercion. The angel that drove Adam and Eve out of the garden with flaming sword in hand was the first cop on the beat. In Romans 13, Paul says God has given the state the power of the sword to punish evildoers. The Biblical teaching of a limited state is revolutionary. We must remember that in the first century when Paul was writing his epistle, the Biblical idea that the state has specific, limited tasks was revolutionary. It meant that government does not have ultimate or unlimited authority over its citizens. Yet at the very time these words were penned, the Roman emperors were making a claim to exactly that kind of unlimited authority. They were setting themselves up as deities. It was a collision course that ended with Christians being thrown to the lions. In our own age, Christians aren’t faced with a Roman coliseum, but the Biblical teaching is just as revolutionary. Our national government increasingly rejects any inherent limits. It keeps reaching deeper and deeper into social and moral issues that ought to be the province of churches, families, and local communities. That may well be why Americans hate politics.”

The answer is not to withdraw and hide our heads in the sand. The answer is in knowing what God’s Word says and in acting on it. Amen and amen!!

What to do:
✞ Do right. Be kind. Be loving...but you can’t just do nothing.