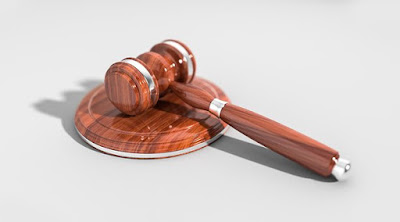 Key Verse: Verse 16 – "These are the things that ye shall do; Speak ye every man the truth to his neighbour; execute the judgment of truth and peace in your gates:”

Key Words: Speak ye every man the truth to his neighbour

The following is taken from Chuck Colson commenting on the government.

September 14, 1998 Forgive and Forget? The Christian View of Impeachment

“All America is reading the shocking Starr Report, and as you might guess, my phone’s been ringing off the hook. Naturally, the press wants comparisons to Watergate. But Christians are asking questions as well. Do we forgive? And is it right for Christians to urge impeachment? Isn’t that a political question? The first question is easy: I’ll take the president at his word in his statement of repentance at his prayer meeting Friday. And if so, God forgives, and so should we. The second question is more complicated: Several Christians, including some pastors, have argued that God has raised up both righteous and unrighteous leaders for his people Israel. They believe that in the modern era as well, we should accept our leaders. After all, Jesus didn’t advocate rebellion. And the Apostle Paul said obey your rulers. Well, these Christians’ ideas miss the great political changes brought about during the Protestant Reformation. The reformers had a great phrase: Coram Deo, meaning we live in God’s presence, literally in His face. So man no longer has to deal with God through the church or through the king. Instead, God deals with man directly. The state, therefore, has limited authority over man. A corollary was the principle of Lex Rex – the Law is King. It means that every single person is subject to the rule of law – the ruler and ruled alike. These two doctrines made western democracy as we know it today possible. Our rulers rule with the consent of the governed and are subject to the same laws we all are. The rule of law is the heart of a free society. So Christians have no business avoiding their political responsibility. In western democracies we vote for our leaders. And as Christians we should do so using Godly wisdom. And the same principle would hold true for impeachment, a political process. Impeachment, remember, is essential to preserving the rule of law because under our Constitution, a sitting president cannot be indicted for crimes. So the only way to make him subject to the law, and preserve the rule of law, is through the impeachment process. This is why Christians have every right, indeed, a moral duty, to express their views on this subject. We are entrusted with preserving the rule of law, which is a product of our Christian tradition. Former President Clinton once said that he wanted to be forgiven and to get on with the job of government. Is that appropriate? As most of you know, I’ve had some personal experience with this. Twenty-five years ago, I became a Christian in the midst of Watergate. I asked forgiveness for my sins, and I knew God forgave me. But I also knew I had to pay the consequences for breaking the law. I pled guilty – and went to prison. I hope and pray President Clinton was genuinely repentant, and that he was restored to his family, and that Americans forgave him. But that doesn’t mean he’s was entitled to avoid the consequences of his sin. If the law has been broken, justice demands a penalty be paid. Congress therefore had to do its duty, and decide if the facts warranted impeachment. There’s much more involved here than a salacious sex scandal. What hung in the balance were the two most important principles undergirding our free society: limited government and the rule of law. No man is above it. These are profoundly Christian principles. Yes, we’d better care – and care deeply.”

What to do:
✞ Pray about everything, but speak the truth with your Congressmen and Senators as well.

P. S. This is not a spiritual endorsement for Charles Colson, just an interesting article.