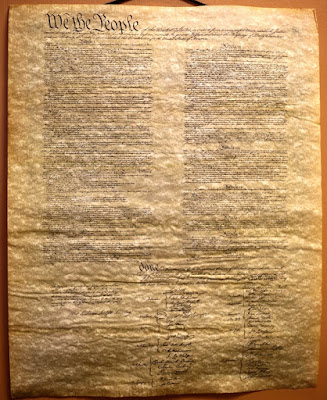 Key Verse: Verse 8 – “A double minded man is unstable in all his ways.”

Key Words: A double minded man is unstable in all his ways

Have you ever heard of Richard Stockton? Stockton signed the Declaration of Independence.

Just a few months after he had signed the Declaration of Independence, Richard Stockton of New Jersey recanted and swore allegiance to King George III. Born in 1730 into a wealthy family, Stockton became a prominent lawyer and served on the provincial council of New Jersey under its Royal governor, William Franklin (the illegitimate son of Benjamin Franklin). At first in favor of conciliation with Britain, Stockton was won over to the cause of independence, and he became a delegate to the Continental Congress in June 1776.

That fall, after signing the Declaration, Stockton was seized by New Jersey Tories, who were British loyalists. He was taken to New York, where he was imprisoned as a common criminal and subjected to cruel treatment. When his colleagues in the Continental Congress heard about it, they asked General Washington to intercede. Whether he did so is unknown, but in March 1777 Stockton was back home in Princeton.

The British command had offered to pardon all Patriots who would recant the call for independence and take a pledge of neutrality. By the time spring rolled around, 4,800 people, most of them from New Jersey, had accepted British amnesty.

Washington countered by ordering the defectors to “take the oath of allegiance to the United States of America.” Those who refused were to be treated as common enemies. Stockton, ill in health and broken in spirit, finally complied. The unhappy man, shunned by his former friends, died four years later of cancer.

I’ve never known of a double-minded person to be a happy person. May God bless you as you are single-minded for the cause of Christ.

What to do:
✞ Set a goal to be “single-minded” for Christ.