Daily Devotion: The Samaritans A Picture of Prejudice 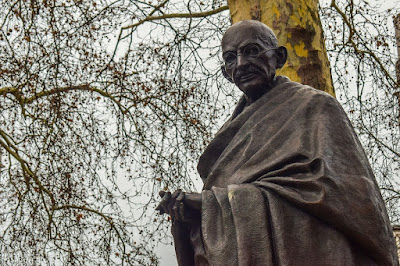 Key Verse: Verse 4 - “Therefore they that were scattered abroad went every where preaching the word.”

Key Words: Therefore they that were scattered abroad went every where preaching the word

The two most popular Samaritans mentioned in God’s Word would, in all likelihood, be the Good Samaritan (Luke 10) and the woman at the well (John 4). But what do you know about the Samaritans? They are part Jew and part Gentile. The Samaritans were originally part of the Northern Kingdom of Israel, but after the Assyrians defeated Israel, Salmanazar V, the king of Assyria, had Assyrian colonists placed in Samaria and intermarriage resulted. Then they became known as Samaritans. Their religion was also of mixed character (II Kings 17:24-41). The Samaritans were not allowed to be a part of the rebuilding of the temple around 515 B.C. (Ezra 4:1-3). This resulted in them becoming bitter rivals with Israel and building their own temple on Mount Gerizim.

While Jesus reached out to the Samaritans (Luke 10, John 4, John 8), they were rejected by Israel as a whole because they were considered traitors and half-breeds. Israel’s prejudice toward the Samaritans was great, but the Samaritans had a great prejudice for the Jews as well. Now, let me hasten to add that prejudice has no place in Christianity. It is a great destroyer.

In his autobiography, Mahatma Gandhi wrote that during his student days he read the Gospels seriously and considered converting to Christianity. He believed that in the teachings of Jesus he could find the solution to the caste system that was dividing the people of India.

So one Sunday he decided to attend services at a nearby church and talk to the minister about becoming a Christian. When he entered the sanctuary, however, the usher refused to give him a seat and suggested that he go worship with his own people. Gandhi left the church and never returned. “If Christians have caste differences also,” he said, “I might as well remain a Hindu.” That usher’s prejudice not only betrayed Jesus, but also turned a person away from trusting Him as Savior.

Let me caution you, your prejudice can be a great destroyer.

What to do:
✞ Evaluate your life and ask God to give you victory over any prejudices you might have.