Daily Devotion: The Kenites The Blessed And The Blessing 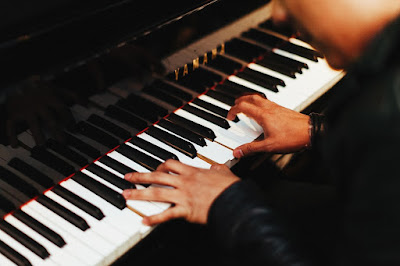 You find the Kenites mentioned as inhabiting the land of Canaan as early as the time of Abraham (Genesis 15:19).

We know that the Kenites were a Nomadic group and that Jethro, Moses’ father-in-law, was a Kenite priest. According to researcher and writer, Stephen Harris, the Kenites worshipped the same God as Moses. (See Exodus 18:8-12.)

The Kenites seemed to have had a close relationship with Israel. (See I Samuel 30:26-31.) This close relationship, in all likelihood, developed as a result of Moses (a Hebrew), marrying Jethro’s daughter (a Kenite).

God did promise to bless those who blessed Israel and curse those who cursed Israel (Genesis 12).

At age 16 Andor Foldes was already a skilled pianist, but he was experiencing a troubled year. In the midst of the young Hungarian’s personal struggles, one of the most renowned pianists of the day came to Budapest. Emil von Sauer was famous, not only for his abilities; he was also the last surviving pupil of the great Franz Liszt. Von Sauer requested that Foldes play for him. Foldes obliged with some of the most difficult works of Bach, Beethoven, and Schumann.

When he finished, von Sauer walked over to him and kissed him on the forehead. “My son,” he said, “when I was your age I became a student of Liszt. He kissed me on the forehead after my first lesson, saying, ‘Take good care of this kiss—it comes from Beethoven, who gave it to me after hearing me play.’ I have waited for years to pass on this sacred heritage, but now I feel you deserve it.”

It seems as though, just as von Sauer kissed Foldes, God kissed the Kenites for their relationship with Israel.

What to do:
✞ Be a blessing to those you come in contact with.