Daily Devotion: The Hittites A Picture Of Self-Destruction 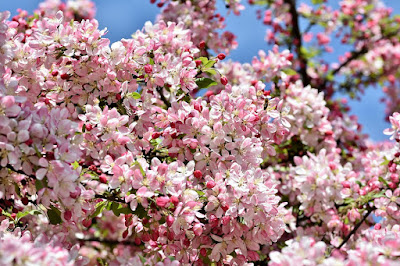 Key Verse: Verses 4 - “From the wilderness and this Lebanon even unto the great river, the river Euphrates, all the land of the Hittites, and unto the great sea toward the going down of the sun, shall be your coast.”

Key Words: all the land of the Hittites

It is believed that around 2000 B.C. the Indo-European speaking Hittites appeared in Northern Asia Minor. The Hittites are a descendant of Heth, who was from the lineage of Ham.

The Hittites worshipped several false gods most of which came from Babylon, Syria, and Egypt. But primarily these gods were the gods of war and victory.

The Hittites’ empire came to an end around 1180 B.C. They were not destroyed by outside forces, but they were destroyed from within by civil war. Selfishness destroyed the Hittite dynasty!

Selfish motives are all that move some people to action. If there is nothing in it for them, they have no interest in pursuing the matter. Reminds me of one of Aesop’s Fables...

“A peasant had in his garden an apple tree which bore no fruit but only served as a harbor for the sparrows and grasshoppers. He resolved to cut it down, and taking his axe in his hand, made a bold stroke at its roots. The grasshoppers and sparrows entreated him not to cut down the tree that sheltered them, but to spare it, and they would sing to him and lighten his labors. He paid no attention to their request, but gave the tree a second blow with his axe. When he reached the hollow of the tree, he found a hive full of honey. Having tasted the honeycomb, he threw down his axe, and looking on the tree as sacred, took great care of it.”

Now the moral of this story is, self-interest alone moves some men but love for Christ should move us all.

What to do:
✞ Remember, selfishness destroys – selflessness grows.