Daily Devotion: The Hagarenes and Destruction 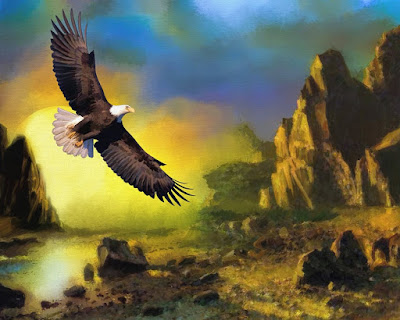 Key Verse: Verse 6 - “The tabernacles of Edom, and the Ishmaelites; of Moab, and the Hagarenes;”

Key Words: and the Hagarenes

The Hagarenes are the non-Israeli children of Abraham. They are the children of Abraham’s adulterous relationship with Hagar, and with his second wife, Keturah, which produced seven children: Ishmael, Zimran, Jokshan, Medan, Midian, Ishbak, and Shuah. They traveled far and wide. Their base of operation, though, was Petra. (See Genesis 25:1-2.)

These nations were always jealous of Israel, and as a result were always seeking Israel’s destruction which actually ended in their own demise.

A gentleman saw a great eagle swoop down, fasten its talons upon a weasel, and soar into the heavens for some time. Finally a strange thing happened. He saw the stately flight suddenly interrupted, and the eagle suddenly began falling, never stopping until it was prostrate on the ground. The man made examination and found that the weasel had begun gnawing at the very vitals of the eagle and had reached its heart. The eagle was planning a sumptuous feast, but instead it was destroyed.

How often men and women fasten upon some sin that seems charming! But the sin soon proves to be their destruction and, at last, “It biteth like a serpent, and stingeth like an adder.”

Often that which we seek to destroy ends up destroying us. Think about it.

What to do:
✞ Don’t live to get even, live to see others in eternity in heaven.