Daily Devotion: The Dukes of Conflict 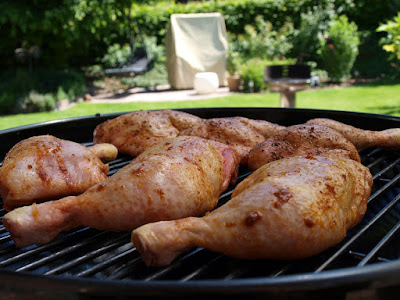 Key Verse: Verse 15 – “These were dukes of the sons of Esau: the sons of Eliphaz the firstborn son of Esau; duke Teman, duke Omar, duke Zepho, duke Kenaz,”

Key Words: These were dukes of the sons of Esau

The word dukes is an interesting term. It actually comes from two Hebrew terms, one being alluph meaning leader of more than a thousand. The second term is prince meaning person of power. So a duke then would be a person with at least one thousand people under his authority. These dukes were the grandsons of Esau and made up the kingdom of the Edomites which were in continual conflict with Israel. Even though they were men of great authority, God is the ultimate authority and can easily “put us in our place” when we oppose His authority.

Reminds me of the following story... “When Christian Herter was governor of Massachusetts, he was running hard for a second term in office. One day, after a busy morning chasing votes (and no lunch) he arrived at a church barbecue. It was late afternoon and Herter was famished. As Herter moved down the serving line, he held out his plate to the woman serving chicken. She put a piece on his plate and turned to the next person in line. ‘Excuse me,’ Governor Herter said, ‘do you mind if I have another piece of chicken?’ ‘Sorry,’ the woman told him, ‘I’m supposed to give one piece of chicken to each person.’ ‘But I’m starved,’ the governor said. ‘Sorry,’ the woman said again, ‘only one to a customer.’ Governor Herter was a modest and unassuming man, but he decided that this time he would throw a little weight around. ‘Do you know who I am?’ he said. ‘I am the governor of this state.’ ‘Do you know who I am?’ the woman said. ‘I’m the lady in charge of the chicken. Move along, mister.’”

There is a limit to our authority no matter who we are!! Today I trust God is your Authority for all matters of life and eternity.

What to do:
✞ Make God your ultimate authority.