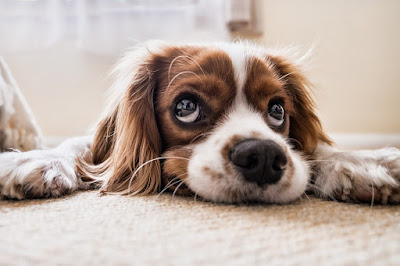 Key Verse: Verse 16– “For dogs have compassed me: the assembly of the wicked have inclosed me: they pierced my hands and my feet.”

Key Words: For dogs have compassed me

Psalm 22 is prophetic, in that it points to the crucifixion of Jesus; but for the sake of this devotion I want to draw your attention to the word dogs in verse 16 and dog in verse 20. These are not a reference to the four-legged creature, but a derogatory remark toward David’s enemies.

The term dog is also used for self-humiliation (I Samuel 24:14). It is also used to describe a profane person (Matthew 15:26). In Philippians 3:2 false teachers are called dogs, and in Revelation 22:15 those shut out of the kingdom of heaven are called dogs.

In 1818, Ignaz Phillip Semmelweis was born into a world of dying women. The finest hospitals lost one out of six young mothers to the scourge of “childbed fever.” A doctor’s daily routine began in the dissecting room where he performed autopsies. From there he made his way to the hospital to examine expectant mothers without ever pausing to wash his hands. Dr. Semmelweis was the first man in history to associate such examinations with the resultant infection and death. His own practice was to wash with a chlorine solution, and after eleven years and the delivery of 8,537 babies, he lost only 184 mothers – about one in fifty.

He spent the vigor of his life lecturing and debating with his colleagues. Once he argued, “Puerperal fever is caused by decomposed material, conveyed to a wound... I have shown how it can be prevented. I have proven all that I have said. But while we talk, talk, talk, gentlemen, women are dying. I am not asking anything world shaking. I am asking you only to wash... For God’s sake, wash your hands.” But virtually no one believed in him. Doctors and midwives had been delivering babies for thousands of years without washing, and no outspoken Hungarian was going to change them now!

He didn’t, and as a result, mother and babies continued to die by the hundreds because of filth and disease.

What to do:
✞ Be washed in the blood of the Lamb. It’s the only answer for being spiritually clean.