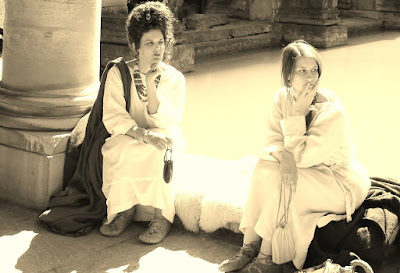 Key Verse: Verse 5 – “And said, For this cause shall a man leave father and mother, and shall cleave to his wife: and they twain shall be one flesh?”

Key Words: For this cause shall a man leave father and mother, and shall cleave to his wife

The word concubine in the Hebrew means an adulterous relationship.

A concubine, according to Unger’s Bible Dictionary, was originally used only for daily chores around the house. Although we are told in Genesis 22:24 in regard to Bethuel, “And his concubine, whose name was Reumah, she bare also Tebah, and Gaham, and Thahash, and Maachah.”

While the intent of the concubine may have been daily chores around the house, it grew to be a perverted situation that grew out of control. Genesis 36:12, Judges 8:31, II Samuel 3:7, II Samuel 5:13, and the list of Scripture in regard to concubines goes on and on.

While the Bible records the sinful tale of masters and their concubines, you never find where God condones such evil. As a matter of fact, when you get to the New Testament, you find marriage properly restored (Matthew 19:5, I Corinthians 7:2).

Without a daily walk and devotion to God we would all be bound for a life of depravity. The following article illustrates the thinking of depraved man.

“In Rome for the first five hundred and twenty years of the Republic there had not been a single divorce; but now under the Empire, as it has been put, divorce was a matter of caprice. As Seneca said, ‘Women were married to be divorced and divorced to be married.’ In Rome the years were identified by the names of the consuls; but it was said that fashionable ladies identified the years by the names of their husbands. Juvenal quotes an instance of a woman who had eight husbands in five years. Morality was dead. In Greece immorality had always been quite blatant. Long ago Demosthenes had written: ‘We keep prostitutes for pleasure; we keep mistresses for the day-to-day needs of the body; we keep wives for the begetting of children and for faithful guardianship of our homes.’ So long as a man supported his wife and family there was no shame whatsoever in extramarital relationships.” – William Barclay

Sounds a lot like the humanistic thinking of today, doesn’t it?

What to do:
✞ Get your philosophy and thoughts from the Bible, not the wicked perverted thoughts of man.