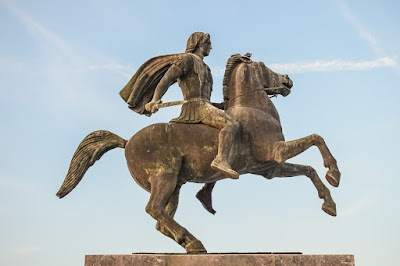 Key Verse: Verse 12 – “But the queen Vashti refused to come at the king's commandment by his chamberlains: therefore was the king very wroth, and his anger burned in him.”

The name Vashti means beautiful and the king wanted his drunk, jubilant lords to feast their eyes on her. Had the king been sober, he no doubt would have never asked his wife to expose herself at the feast. Had Vashti been a vain woman, she no doubt would have submitted to the king’s command. But Vashti refused, many scholars say, because of her humility and dignity.

The king’s request was even more revolting seeing that Persian queens never appeared in public at banquets and feasts.

While I’m sure that much could be said in the negative about Vashti, one must acknowledge she carried her name and title well.

A man in the Army of Alexander the Great, who was also named Alexander, was accused of cowardly actions. He was brought before Alexander, who asked what his name was. He replied softly, “Alexander.” “I can’t hear you,” the ruler stated. The man again said, a little louder, “Alexander.” The process was repeated one more time, after which Alexander the Great commented, “Either change your name or change your conduct.”

Vashti was unwilling to change neither, nor should we.

What to do:
✞ We are in the Royal Family of God. Conduct yourself as such.