Daily Devotion: Shishak (The King Who Forgot His Purpose) 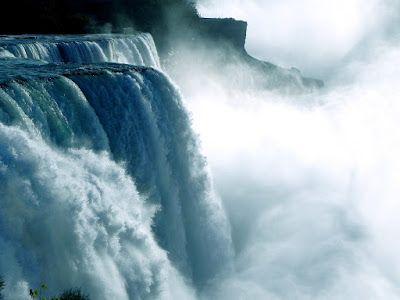 Key Verse: Verse 2 – “And it came to pass, that in the fifth year of king Rehoboam Shishak king of Egypt came up against Jerusalem, because they had transgressed against the LORD,”

Herbert Lockyer in his book, All the Kings and Queens of the Bible, says that “Shishak was a bold adventurer and a powerful king of Egypt who in the reign of Rehoboam invaded Judah with a mighty host and plundered the temple treasures.”

Shishak was not of the royal line and thus is not spoken of as having the title of Pharaoh.

When visiting Niagara Falls, a man inquired of a bystander, “What’s that house down there?”

“The powerhouse: from it wires go to all the houses giving them the needed electricity.”

“Where does all that power come from?”

“Well, Lake Erie is 169 feet below Lake Ontario. The fall of the water provides the power. If they were on the same level, there would be no power.”

Nearly all men stand adversity, but if you want to test a man’s character, give him power.

Nothing will divide the church so much as the love of power. ~ Chrysostom