Daily Devotion: Pharaoh Menephthah (The Pharaoh Who Knew Not Joseph) 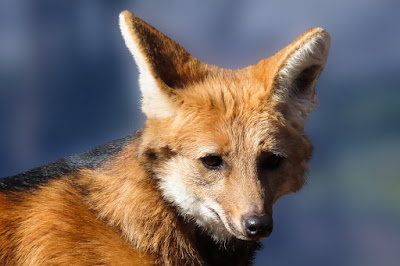 Key Verse: Verse 8 –“Now there arose up a new king over Egypt, which knew not Joseph.”

Key Words: which knew not Joseph

No doubt the Israelites had been treated with some common courtesy while Joseph was alive; but after his death and time had passed, a new king comes on the scene who didn’t know who Joseph was and as a result, he was jealous and fearful of the Hebrew people. This act of jealousy and fear will certainly come back to haunt Pharaoh Menephthah.

A Lion, growing old, lay sick in his cave. All the beasts came to visit their king, except the Fox. The Wolf, therefore, thinking he had a capital opportunity, accused the Fox to the Lion of not paying any respect to him who had the rule over them all and of not coming to visit him. At that very moment the Fox came in and heard these last words of the Wolf. The Lion roaring out in a rage against him, the Fox sought an opportunity to defend himself and said, “And who of all those who have come to you have benefited you so much as I, who have traveled from place to place in every direction, and have sought and learnt from the physicians the means of healing you?” The Lion commanded him immediately to tell him the cure, when he replied, “You must flay a wolf alive and wrap his skin yet warm around you.” The Wolf was at once taken and flayed; whereon the Fox, turning to him, said with a smile, “You should have moved your master not to ill, but to good will.”

Moral: The person who operates out of jealousy always loses.

What to do:
✞ Operate out of love and righteousness and you’ll be a winner every time.