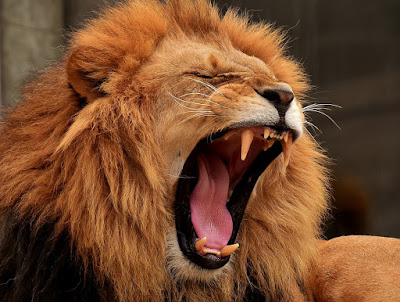 Key Verse: Verse 3 – “Speak, and say, Thus saith the Lord GOD; Behold, I am against thee, Pharaoh king of Egypt, the great dragon that lieth in the midst of his rivers, which hath said, My river is mine own, and I have made it for myself.”

Hophra’s reign in Egypt could be summed up in one word, pride. “My river is mine own, and I have made it for myself.”

Herodotus, the Greek historian, says of Hophra, “He believed that not even a god could dispose of his power.” He had not learned that “pride goeth before a fall.”

Ezekiel denounced Hophra for his arrogance, impiety, and treachery. Hophra was defeated by Nebuchadrezzar. His kingdom did fall. Pride did bring him low, as it will you and me.

A Gnat came and said to a Lion, “I do not in the least fear you, nor are you stronger than I am. For in what does your strength consist? You can scratch with your claws and bite with your teeth like a woman in her quarrels. I repeat that I am altogether more powerful than you; and if you doubt it, let us fight and see who will conquer.” The Gnat, having sounded his horn, fastened himself upon the Lion and stung him on the nostrils and the parts of his face devoid of hair. While trying to crush him, the Lion tore himself with his claws, until he punished himself severely. The Gnat thus prevailed over the Lion, and buzzing about in a song of triumph, flew away. But shortly afterwards he became entangled in the meshes of a cobweb and was eaten by a Spider. He greatly lamented his fate, saying, “Woe is me that I, who can wage war successfully with the hugest beasts, should perish myself from this Spider, the most inconsiderate of insects!”

If Christians become proud in their efforts or gifts, they can easily be replaced by someone of less importance since God exalts the humble but brings down the proud.

What to do:
✞ Understand that all of our righteousness is nothing more than a filthy rag. Surely without Christ, we are nothing.