Daily Devotion: Nehushta (The Queen Who Was a Bad Influence) 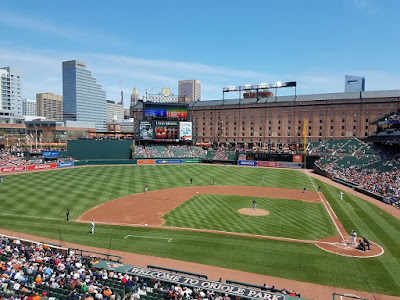 Key Verse: Verse 8 - “Jehoiachin was eighteen years old when he began to reign, and he reigned in Jerusalem three months. And his mother's name was Nehushta, the daughter of Elnathan of Jerusalem."

Key Words: And his mother's name was Nehushta

Not much is known about Nehushta, other than she bore the title of queen. The proper title would be the Queen Mother. We also know her husband, Jehoiakim, was not a God-fearing man; and historians tell us she had a negative influence on both her husband and her son.

In the spring of 1894, the Baltimore Orioles came to Boston to play a routine baseball game. But what happened that day was anything but routine.

The Orioles’ John McGraw got into a fight with the Boston third baseman. Within minutes all the players from both teams had joined in the brawl. The warfare quickly spread to the grandstands. Among the fans the conflict went from bad to worse. Someone set fire to the stands and the entire ballpark burned to the ground. Not only that but the fire spread to 107 other Boston buildings as well.

A negative influence spreads more rapidly than does a positive one, and with it comes much damage.

We should adopt the following philosophy for our lives.

My life shall touch a dozen lives
Before this day is done,
Leave countless marks for good or
Ill ere sets the evening sun.
This is the wish I always wish, the
Prayer I always pray:
Lord, may my life help other lives
It touches by the way.

What to do:
✞ Desire to influence others for Christ.