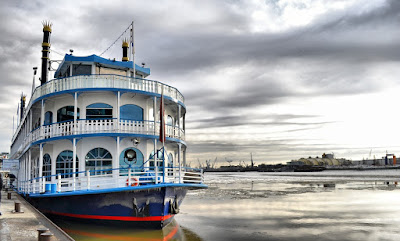 Key Verse: Verse 16 - “And also concerning Maachah the mother of Asa the king, he removed her from being queen, because she had made an idol in a grove: and Asa cut down her idol, and stamped it, and burnt it at the brook Kidron.”

Key Words: removed her from being queen

Maachah was the wife of King Rehoboam and the mother of Abijan who succeeded Rehoboam to the throne.

Maachah was the favorite of all of Rehoboam’s wives and concubines which was no small distinction seeing he had 78 women in his life.

She no doubt must have been a woman of outstanding beauty and very strong personality to have captured the affections of her fickle husband. The reason her power and influence upon Rehoboam is known is because through his “wives” the king had 28 sons; and it was his son through Maachah, Abijah, which he named as his successor.

But when God-fearing Asa took over the throne, he expelled her from the throne because of her idolatry.

Maachah failed to do right because she turned away from the Righteous One. All of us would fall short of righteousness if it were not for Jesus Christ.

One of the finest steamers afloat on Lake Champlain is the steamer “Champlain,” and when she began her first voyage she was the admiration of all who looked upon her. Cheer after cheer rent the air when she floated over her moorings on the dry-dock into the waters of the lake. Her machinery was perfect, her crew well-trained, and the passengers upon her enthusiastic; when suddenly something seemed to be wrong with the machinery and a stop was ordered that the fault might be remedied. The captain ordered them to let down the anchor and because of a wind that was blowing she was seen rapidly to drift toward the rocks. The captain shouted again, “Down with the anchor” and the sailors responded that the order had been previously obeyed but still continued to drift. At last, because of the fact that the machinery was repaired the awful drifting was stopped and then it was found that while the anchor had been cast out, the chain was three feet too short to touch the bottom of the lake.

Thus it is with men who claim mercy independent of trust in Christ. It is all right as far as it goes, but falls short of the righteousness of God. And no man can ever see God until by faith he is linked to Christ. It is not what we do, nor what we are, that saves us, but what He has accomplished and that He is today at the right hand of God. Amen!

What to do:
✞ Understand that righteousness comes through Jesus Christ and you can never “do” right without Him.