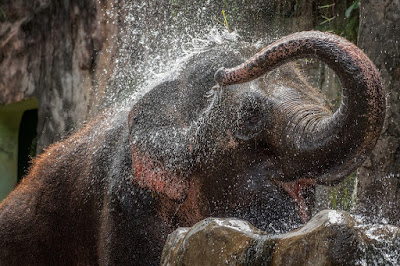 Key Verse: Verse 8 - “And Saul was very wroth, and the saying displeased him; and he said, They have ascribed unto David ten thousands, and to me they have ascribed but thousands: and what can he have more but the kingdom?”

Key Words: and what can he have more but the kingdom

Merrill Unger says in regard to Saul: “Saul’s befitting qualifications for kingship are impressive. Had he remained true to God, he would have carved for himself a name in the royal gallery of mighty kings.”
But Saul’s disobedience to God and his jealous spirit destroyed him.

Jealousy can destroy the greatness of your spirit as well.

There’s a legend about a Burmese potter who had become jealous of the prosperity of a washerman. Determined to put this man out of business, the potter convinced the king to issue an order requiring the man to wash one of the emperor’s black elephants and make it white.

The washerman replied that according to the rules of his vocation he would need a vessel large enough to hold the elephant, whereupon the king commanded the potter to provide one. So the potter constructed a giant bowl and had it carefully delivered to the washerman. But when the elephant stepped into it, it crumbled to pieces beneath the weight of the enormous beast. Many more vessels were made, but each was crushed in the same way. Eventually it was the potter who was put out of business by the very scheme he had devised to ruin the man he was jealous of.

What to do:
✞ Be careful to not let jealousy kill your good spirit.