Daily Devotion: The King of Kings 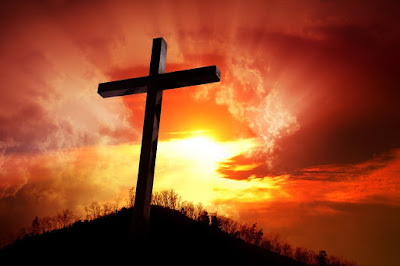 Key Verse: Verse 16- “And he hath on his vesture and on his thigh a name written, KING OF KINGS, AND LORD OF LORDS.”

Jesus, the King of Kings, is coming to establish His kingdom. The coming is certain and, I believe, will be soon.

The Christ Who was born at Bethlehem, walked the dusty shores of Galilee, hung naked on a cross, was buried, and has ascended the high hills of glory – He is coming again. The incarnation without the coronation would be like east without west. It would be like an engagement without a marriage. This is another “shoe” to fall.

We are on a collision course with destiny. Soon and very soon the King will come, and we cannot afford to be ignorant or indifferent. Many people all around us are perplexed, and they need to hear the Good News. Sorrow looks backward, worry looks around, but faith looks upward. Are you setting the example for the world to see – hopeful and faithful to look for His return? The King, the Lord Jesus Christ, is coming.

At the end of a long, hard day, a salesman came back to his hotel room. It was late, and he was tired. He sat down on the edge of his bed and began to take off one of his shoes. It fell to the floor with a thud, and he thought to himself, “That was so thoughtless of me. It is late at night, and my shoe probably disturbed the person in the room below.” When he took the second shoe off, he put it down very gently on the floor and went to bed. About thirty minutes later, there was a knock at the door. He answered the door, and there stood a man with dark circles under his eyes. The man said, “Would you please drop the other shoe so I can get some sleep?” The world is waiting for the other shoe to drop.

What to do:
✞ Be ready for the other shoe to drop.