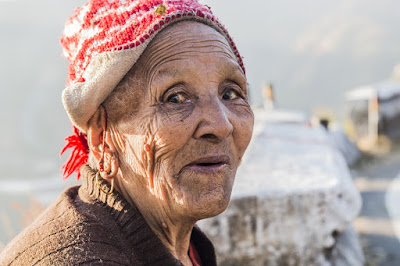 Key Verse: Verses 9 - “And in the twentieth year of Jeroboam king of Israel reigned Asa over Judah.”

Herbert Lockyer wrote in regard to Asa. “The third king of Judah was a pure stream from a putrid source. Asa proves that an evil heredity need be no handicap to holiness. He was the godly son of a godless father, Abijah, just as Manasseh was a godless son of a godly father. Asa’s heart was perfect with the Lord all his days. The first ten years of his life were occupied in abolishing idolatry and in religious reforms. Acknowledging God in all his ways, Asa was divinely directed (Proverbs 3:5, 6). It was thus that he was able to overcome the mighty host of Zerah (II Chronicles 14:9-15).

“Asa was no respecter of persons, as is seen in the deposing of his own grandmother for her idol-worship. Relying upon God, he served Him with much zeal, breaking down all altars and images and removing the sodomites. His covenant with God is worthy of emulation (II Chronicles 15). This son and successor of Abijah reigned for forty years and would have an unblemished record had it not been for two errors.

“The first was the king’s league with Benhadad, a breach of faith. Asa requested his assistance against Baasha, King of Israel. For this act of distrust of God’s power, he was rebuked by the prophet Hanani. ‘Correction is grievous to him that forsaketh his way’ (Proverbs 15:10), and so Asa, exasperated over the just reproof of Hanani, put the prophet in chains and ordered the death of many of the prophet’s friends.

“Then, diseased in his feet, a disorder that made Asa extremely peevish and passionate, he sought the aid of physicians rather than divine help (II Chronicles 16). The king’s trust was less in God than in human remedies (Jeremiah 17:5). He died in the forty-first year of his reign and his funeral was attended by a ‘very great burning’ – a sign of high esteem. The weakness and blemishes of his old age are a warning to all believers to take heed how they stand lest they fall (I Corinthians 10:12).”

Now, before we become too condescending toward Asa – if it weren’t for the blood of Jesus, how many blemishes would you have?

A brief, simple, but expressive eulogy was pronounced by Martin Luther upon a pastor at Zwickau in 1522 named Nicholas Haussmann. “What we preach, he lived,” said Luther.

What to do:
✞ May it be said of us that we live what the man of God preaches.