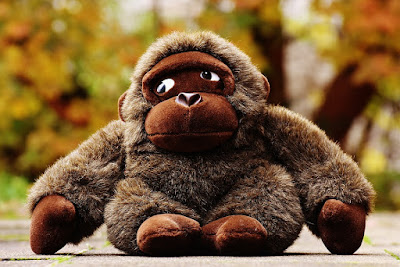 Key Verse: Verse 2 – “Wherefore the king said unto me, Why is thy countenance sad, seeing thou art not sick? this is nothing else but sorrow of heart. Then I was very sore afraid,”

Key Words: Wherefore the king said unto me

Artaxerxes was the Persian king who reigned for forty years. He is the king that appointed Nehemiah as the governor of Jerusalem and authorized him to rebuild the walls and provide for the Jewish people. Did you know, though, that Artaxerxes was the son of Ahasuerus according to Herbert Lockyer in his book, All the Kings and Queens of the Bible? If this is the case, then Esther would have been Artaxerxes’ stepmother, which no doubt played a role in why the king allowed Nehemiah to rebuild the walls of Jerusalem.

We do serve a wonderful God! Surely Solomon was right when he said, “The king’s heart is in the hand of the Lord, as the rivers of water: he turneth it whithersoever he will” (Proverbs 21:1).

As I studied for this devotion, I again came to the realization that there is nothing God can’t do if I’ll just get out the way and let Him do it.

“My friend Cici recently shared a little ‘parable in real life.’ When her son was quite small, he had a small stuffed gorilla that he dragged around with him everywhere – and I do mean EVERYWHERE – he went. She could sometimes sneak it away for a quick laundering during nap time, but Heaven help her if her son awoke before his friend ‘Rilla’ was out of the dryer! As such ‘loveys’ will do, Rilla’s seams gradually began to weaken and his stuffing began to leak. As she tells it, ‘Poor old Rilla was in desperate need of some corrective surgery, not to mention a stuffing transplant. One day John waddled up to me and held up his battered, beloved Rilla and said, ‘Mommy, Rilla’s broked.’ I explained that I would be happy to fix Rilla up – a little new stuffing, some seam reinforcement, and he would be ‘all better’ again. John held Rilla out toward me and said, ‘Fizzit, Mommy!’ But when I reached down to take the little gorilla in my hands, I found that it had a two-year-old firmly attached to it. As all parents know, a tug-of-war with a two-year-old is frequently a losing proposition, and is frequently accompanied by loud cries and copious tears. Finally in exasperation, I said, ‘I can’t fix it until you let go of it!’ And just at that moment, the Spirit of God tapped me on the shoulder, as it were – and I realized that God was waiting for me to let go of several things, too.’ This is one thing that I suspect will always be a struggle for many of us. It’s so hard for us to get out of His way and let our Creator ‘fizzit’ in His own good time, because we’re living in the present moment and he is living in eternity.”

What to do:
✞ Understand all that God is capable of doing, and then let Him do it.