Daily Devotion: Do You Know These Four Chaplains? 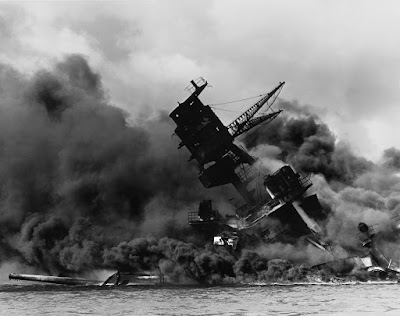 Key Verse: Verse 13 - “Greater love hath no man than this, that a man lay down his life for his friends.”

Key Words: that a man lay down his life for his friends

Jesus is without a doubt man’s greatest friend. He showed his friendship and love to us by laying down his life so we could have eternal life.

While Jesus is the greatest example of one laying down their life, there are others who died so men could live physically such as the four chaplains on the S.S. Dorchester.

In January 1943, 903 GIs and four chaplains – George Fox, Clark Poling, Alexander Goode, and Johnny Washington – boarded the S.S. Dorchester. On February 3, a German torpedo ripped into the ship. “She’s going down!” the men cried, scrambling for lifeboats. When one GI told the clergymen that he had lost his life jacket, the chaplain gave his up, saying, “I’m staying. I won’t need it.” One by one , the other three also gave up their life jackets. The chaplains, arms linked and heads raised in prayer, stood on deck as the Dorchester slipped beneath the waves. They were among 678 men lost that night.

President Harry Truman later praised the four: “I don’t think in the history of the world that there has been anything in heroism equal to this. It was the greatest sermon that was ever preached.”

What to do:
✞ What are you willing to give up so men can live forever spiritually?