Daily Devotion: Do You Know About the Indianapolis? 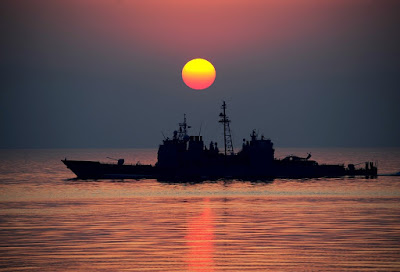 Key Verse: Verse 7- “The impotent man answered him, Sir, I have no man, when the water is troubled, to put me into the pool: but while I am coming, another steppeth down before me.”

Key Words: I have no man

What a shame for one to desire to be delivered and there is no one to aid in his deliverance, only Jesus; but it was Jesus only that the lame man needed.

A little before midnight on Sunday, July 29, 1945, the heavy cruiser Indianapolis was returning from a secret mission to the Pacific atoll of Tinian. It had delivered parts for the atomic bomb that would be dropped on Hiroshima eight days later. Headed toward Leyte in the Philippines, the vessel was ripped by torpedoes from a Japanese submarine. Within 15 minutes, it had vanished beneath the surface, the last American ship sunk by the enemy in World War II. For its survivors, the most desperate days of the war were about to begin.

The ship sank so quickly that of the 1,199 crewmen, only about 850, including Captain Charles McVay, escaped. In the confusion, they had released a mere dozen life rafts and six flotation nets, and the captain had been unable to send an SOS. But the survivors weren’t even aware of their greatest catastrophe. An earlier message giving the ship’s estimated arrival time had been garbled in transmission so that it couldn’t be decoded, and no one at Leyte had asked for a retransmission. The terrifying truth was that it would take days for the U.S. naval command to discover that the Indianapolis was missing.

Here are 850 men who need to be delivered from the waters of the Pacific and there was none to help.

Today the world is filled with people drowning in sin and waiting to be delivered. Will you do your part? If not you, then who? If not now, then when?

What to do:
✞ Go out in the hi-ways and bi-ways and tell them of Jesus.