Daily Devotion: Do You Know About Captain Jouett? 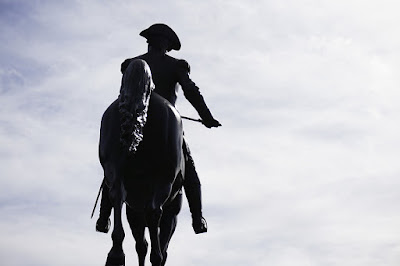 Key Verse: Verse 30 – “If I must needs glory, I will glory of the things which concern mine infirmities.”

Key Words: If I must needs glory, I will glory of the things which concern mine infirmities

Have you heard of Captain Jouett? He brought a saving message to Thomas Jefferson and the Virginia Assembly.

On the night of June 3-4, 1781, Jouett, a captain in the Virginia Militia, saved Thomas Jefferson (and the Virginia Assembly) from 250 British troops who had been sent to Charlottesville to capture them. The 27-year-old colonial spied the red-coated dragoons at Cuckoo Tavern in Louisa County and took off into the night.

Unlike Revere’s ride along well-traveled roads, Jouett’s 40-mile trek took him through wilderness, where riding was slow by day and potentially deadly in darkness. When the captain reached Jefferson’s home at dawn, his face was swollen and bleeding from being lashed by branches. By the time the British arrived, the Americans had fled.

Now while Jouett’s journey was one of peril, Paul’s was one of peril as well. Jouett saved a group of men from physical harm. Paul‘s message of salvation through Jesus Christ saved thousands upon thousands. To God be the glory.

What to do:
✞ Be willing to endure some inconvenience if you are to share the gospel of Jesus Christ.