Daily Devotion: Do You Know About This Battle? 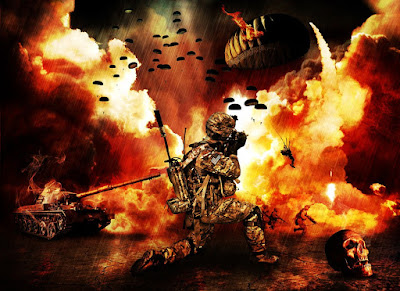 Key Verse: Verses 12 - “For we wrestle not against flesh and blood, but against principalities, against powers, against the rulers of the darkness of this world, against spiritual wickedness in high places.”

The author H.G. Wells once said, “If we don’t end war, war will end us,” and it was an idea so poignant that President Kennedy paraphrased him a few decades later. But knowing war’s possible effects hasn’t changed our behavior much. From the moments that we touched down on these shores, Americans have been engaged in conflict – for defending our liberties, our lands, then the liberties and lands of others.

Names like Bull Run, the Alamo, Midway, Pearl Harbor, Omaha Beach, and Iraq are etched in our minds. They are just a few of the places where generations of Americans have served and sacrificed.

But there is a famous battle not mentioned in the battles mentioned above. It’s the battle for righteousness.

The hymn writer George Duffield said it best when he wrote “Stand up, stand up for Jesus, ye soldiers of the cross; lift high his royal banner, it must not suffer loss. From victory unto victory his army shall he lead, till every foe is vanquished, and Christ is Lord indeed.”

What to do:
✞ Fight the good fight of faith.