Daily Devotion: Do You Know About These Heroes? 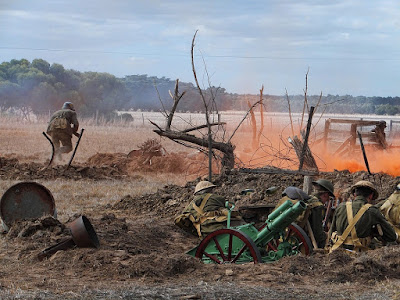 Key Verse: Verse 38 - “(Of whom the world was not worthy:) they wandered in deserts, and in mountains, and in dens and caves of the earth.”

Key Words: Of whom the world was not worthy

One of my favorite World War I stories is about The Lost Battalion. Someone has written:

“Neither lost nor a battalion, they were 550 stalwart soldiers, the tattered remnants of New York’s famed 77th ‘Statue of Liberty’ Division, fighting their way through France. Commanding them was a bespectacled Wall Street lawyer, Major Charles Whittlesey, who won the Medal of Honor for his deeds.

“When Allied forces began the 1918 drive that would end World War I, the 77th faced the Argonne Forest, a formidable German stronghold. Whittlesey’s exhausted troops had been fighting steadily for weeks; nonetheless, General John J. ‘Black Jack’ Pershing ordered the Americans to advance ‘without regard of losses.’ When the major’s protest was refused, he responded: ‘I’ll attack, but whether you’ll hear from me again, I don’t know.’”

One hundred and ninety four of the battalion did survive and until their deaths they were modern day heroes. Now they are deceased heroes.

In Hebrews 11 there are thirty-two heroes, not heroes from a physical world war, but a spiritual world war that has gone on for years between the Lord and Satan. Well, I’ve read the last chapter – the good guys win. Now it is men and women such as those who are mentioned in Hebrews 11 that should be our heroes. Amen and amen.

What to do:
✞ Be thankful for, not just your physical heroes, but your spiritual ones as well.