Daily Devotion: Do You Know About Leo Tolstoy? 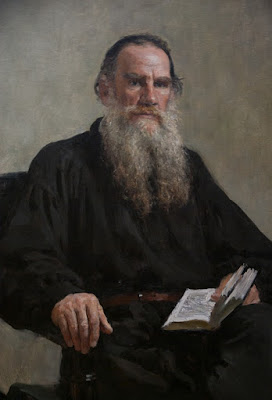 Key Verse: Verse 26 - “But if ye do not forgive, neither will your Father which is in heaven forgive your trespasses.”

Key Words: If ye do not forgive

Leo Tolstoy thought he was starting his marriage off on the right foot when he asked his teenage fiance to read his diaries, which spelled out in lurid detail all of his sexual dalliances. He wanted to keep no secrets from Sonya, to begin marriage with a clean slate, forgiven. Instead, Tolstoy’s confession sowed the seeds for a marriage that would be held together by vines of hatred, not love. “When he kisses me I’m always thinking, ‘I’m not the first woman he has loved,’” wrote Sonya Tolstoy in her own diary. Some of his adolescent flings she could forgive, but not his affair with Axinya, a peasant woman who continued to work on the Tolstoy estate. “One of these days I shall kill myself with jealousy,” Sonya wrote after seeing the three-year-old son of the peasant woman, the spitting image of her husband. “If I could kill him [Tolstoy] and create a new person exactly the same as he is now, I would do so happily.” Another diary entry dates from January 14, 1909. “He relishes that peasant wench with her strong female body and her sunburnt legs, she allures him just as powerfully now as she did all those years ago…” Sonya wrote those words when Axinya was a shriveled crone of eighty. For half a century jealousy and unforgiveness had blinded her, in the process destroying all love for her husband.

What to do:
✞ Forgive those who refuse to forgive you.