Daily Devotion: Did You Know About Investments? 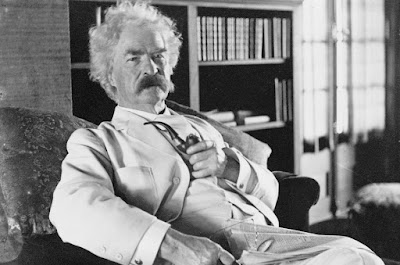 Key Verse: Verse 20 - “But lay up for yourselves treasures in heaven, where neither moth nor rust doth corrupt, and where thieves do not break through nor steal:”

Key Words: lay up for yourselves treasures in heaven

America’s foremost humorist was a bit of a sucker when it came to investing in other people’s inventions, but he somehow managed to turn down a stock offering in the telephone from Alexander Graham Bell. Twain wrote: “I said I didn’t want anything more to do with wildcat speculation. Then he (Bell) offered the stock to me at twenty-five. I said I didn’t want it at any price. He became eager; insisted that I take five hundred dollars’ worth. He said he would sell me as much as I wanted for five hundred dollars. But I was the burnt child, and I resisted all those temptations, resisted them easily; went off with my check intact, and next day lent five thousand of it, on an unendorsed note, to a friend who was going to go bankrupt three days later.” The small investment Bell was seeking would have earned Twain $190,000. That would be equivalent to several million dollars today.

But there is a greater investment and that is investing our lives and our finances into God’s “heavenly work.” One day we will get our “investment check” which will be far greater than any earthly investment.

What to do:
✞ Those who invest in the heavenly will receive a “higher” return on their investment.