Daily Devotion: Did You Know About These Dates? 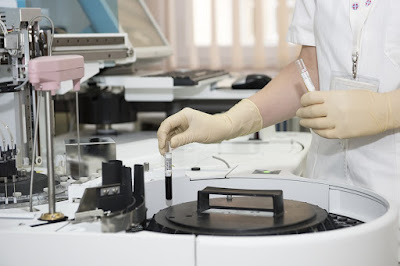 Key Verse: Verse 27 - “And there shall in no wise enter into it any thing that defileth, neither whatsoever worketh abomination, or maketh a lie: but they which are written in the Lamb's book of life.”

Key Words: written in the Lamb’s book of life

Since the mid-1800s, America has been making significant strides in medicine. Here are a few medical milestones that show just how far we’ve come in approximately 170 years.

1842 Dr. Crawford Long uses ether as a surgical anesthetic for the first time.

1844 The American Psychiatric Association is founded.

1847 The American Medical Association is established.

1855 The nation’s first permanent state board of health is created in Louisiana.

1912 Casimir Funk suggests that certain diseases, such as scurvy and rickets, are due to dietary deficiencies in nutrients that he called “vitamines.”

1954 John F. Enders, a virologist, and Thomas Peebles, a pediatrician, develop a vaccine to prevent measles.

1973 Michael S. Brown and Joseph L. Goldstein discover how cholesterol is transported through the body, advancing the treatment of cardiovascular diseases.

2003 The Human Genome Project is completed in the United States, mapping out all the genes in human DNA.

2006 The human papillomavirus (HPV) vaccine, developed by researchers in the United States and Australia, is approved to prevent certain sexually transmitted diseases that can cause cervical cancer.

But the most important date is the day you accepted Christ and your name was written in the Lamb’s Book of Life.

What to do:
✞ Know for sure you are born again.