Daily Devotion: Did You Know About Joe Knowles? 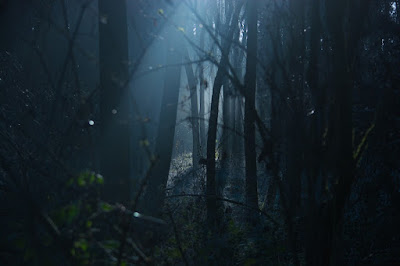 Key Verse: Verse 23 – “And the lord said unto the servant, Go out into the highways and hedges, and compel them to come in, that my house may be filled.”

Key Words: compel them to come in

I love the thought of being an outdoorsman; a pioneer for some reason excites me, which brings me to Joe Knowles.

“I shall be entirely independent of the rest of humanity,” Joe Knowles declared on a rainy August morning in 1913. At that point, he stripped down to a loincloth and moved into the Maine woods. Urban life had spawned a strong back-to-nature movement, and Knowles decided to spend two months alone to prove that man could still survive the simple life. His notes to the outside world, written on bark with burnt sticks, were picked up by a Boston reporter. Circulation soared as readers followed Knowles’ progress. Despite certain discrepancies in his back-to-nature tales – was his fur cloak actually a bearskin he’d purchased for $12 – thousands cheered the “modern primitive man” when he emerged. As it turned out, Knowles’ survival skills in the business world were just as keen as they were in the wild: His book, Alone in the Wilderness, became an instant best-seller.

The problem with being independent from humanity is that it opposed God’s Word. We are not commanded to be isolationists but rather to be involved in the lives of people compelling them to turn to Jesus; and I say God’s “business is the people business.” So let’s be about God’s business.

What to do:
✞ Be about God’s business.