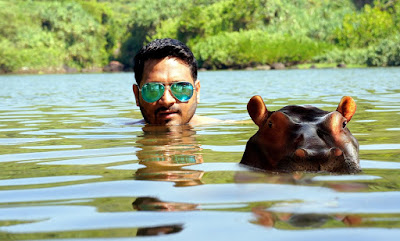 Key Verse: Verse 17 - "All unrighteousness is sin: and is a sin not unto death.”

Key Words: All unrighteousness is sin

Let me ask, how is your heart?

Malcolm Muggeridge, the famous British philosopher and journalist who converted to Christianity late in life, once told of working as a journalist in India as a young man. One evening he walked down to the river for a swim. As he entered the water, he saw an Indian woman from the nearby village who had come for her evening bath. Muggeridge immediately felt the allurement of the moment, and he was besieged by temptation. He had lived with this kind of temptation all his adult life, but until this moment he had fought it off out of respect for his wife Kitty. But tonight, he was weak and vulnerable. He hesitated just a moment, then swam furiously across the river toward the woman, literally trying to outdistance his conscience. But when he was just a few feet away from her, he emerged from the water and what he saw took his breath away. She wasn’t a beautiful young maiden, but old and hideous, with wrinkled skin, and worst of all, she was a leper. He said later, “The creature grinned at me, showing a toothless mask.” Muggeridge muttered, “What a dirty, lecherous woman!” But as he swam away from her, a sudden shock gripped him: “It wasn’t just the woman who was dirty and lecherous,” he said. “It was my own heart.”

And so it is with many believers today.

What to do:
✞ Look at yourself today and honestly answer this question: are you righteous in your heart?