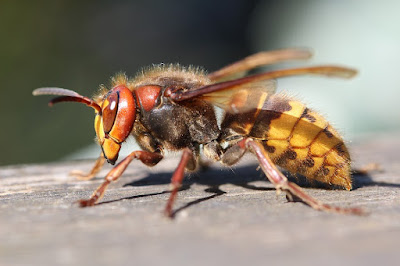 Key Words: O death, where is thy sting?

This is one of my favorite portions of Scripture which I read at the graveside of a believer who has gone on to be with the Lord. You see, to those who know Christ as Savior, death really has no sting. Jesus has already taken the sting for us.

Years ago as a young boy I stepped on a wasp which promptly let me know I was on him by stinging my bare foot. I remember running to Mother who looked at my foot, pulled out the stinger left behind by the wasp, and said, “He won’t sting anyone else.”

Over 2,000 years ago, Jesus stepped on death which promptly stung him leaving behind its stinger. As a result, death can no longer sting the child of God.

When Robert G. Ingersoll’s brother died, the world awaited what the great agnostic would say at his brother’s grave. He had promised to deliver an oration. As he stood looking down on the casket holding all that remained of a brother he had dearly loved, the prepared speech dropped from his nerveless fingers like snowflakes falling on a barren forest. And then, on the waiting crowd there fell these words: “Life is a narrow vale between the cold and barren peaks of two eternities. We strive in vain to look beyond the heights. We cry aloud, and the only answer is the echo of a wailing cry.”

About the same time, in Northfield, Massachusetts, D. L. Moody stood beside the body of his brother. In the middle of the funeral service, Moody stood up, looked on the dead face of his brother, and raised his hand and said, “O death, where is thy sting? O grave, where is thy victory? Thanks be to God which giveth us the victory through our Lord Jesus Christ.”

What to do:
✞ Remember, this world is a very dangerous place. Unless the Lord returns, you’ll never get out of it alive.
✞ You know if you’re ready to die by the way you live.