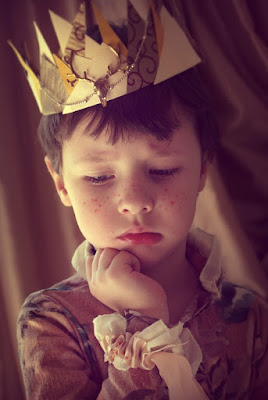 Key Verse: Verse 4 – “And Ahab came into his house heavy and displeased because of the word which Naboth the Jezreelite had spoken to him: for he had said, I will not give thee the inheritance of my fathers. And he laid him down upon his bed, and turned away his face, and would eat no bread.”

Key Words: and turned away his face, and would eat no bread

Ahab is the king of Israel; he supposedly is grown and is by age a “full” adult. Now here he is pouting. While kids will be kids sometimes those who are supposed to be adults are kids as well. There are several character traits of an “immature children adult.”
And the list could go on. The immature adult would rather put on a bib and be fed than an apron and work. They make excuses and blame others rather than saying, “It’s my fault.”

What to do:
✞ It’s time for some adults to grow up.