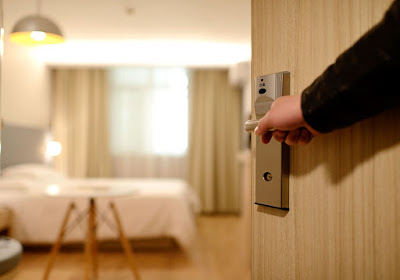 Key Verse: Verse 1 – "And David said, Is there yet any that is left of the house of Saul, that I may shew him kindness for Jonathan's sake?”

Key Words: I may shew him kindness for Jonathan's sake

One stormy night an ederly couple entered the lobby of a small hotel and asked for a room. The clerk said they were filled, as were all the hotels in town. “But I can’t send a fine couple like you out in the rain,” he said. “Would you be willing to sleep in my room?” The couple hesitated, but the clerk insisted. The next morning when the man paid his bill, he said, “You’re the kind man who should be managing the best hotel in the United States. Someday I’ll build you one.” The clerk smiled politely. A few years later the clerk received a letter from the elderly man, recalling the stormy night and asking him to come to New York. A round-trip ticket was enclosed. When the clerk arrived, his host took him to the corner of 5th Avenue and 34th Street, where stood a magnificent new building. “That,” exclaimed the man, “is the hotel I have built for you to manage.” The man was William Waldorf Astor, and the hotel was the original Waldorf-Astoria. The young clerk, George C. Boldt, became its first manager.

What to do:
✞ We will choose today to be kind or unkind and then we will see the result of our actions. Which will you choose?