Daily Devotion: The Ministry Is About People 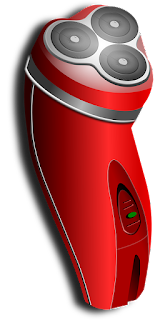 Key Verse: Verse 16 – "For God so loved the world, that he gave his only begotten Son, that whosoever believeth in him should not perish, but have everlasting life.”

Key Words: For God so loved the world

The world involves three “Ingredients”. First, there is the materialistic world (1 John 2:15). Secondly, there is the world system (1 John 5:4). These surely are not the things God loves, you can see that by the way he cautions us against these three ingredients of the world. The third ingredient is people and that is what God loves… the people. Ministry isn’t about things, it is about people.

In the 1950s, marketing whiz Stanley Arnold was working at Young & Rubicam, where he was asked to come up with a marketing campaign for Remington Rand. The company was among the most conservative in America. Its chairman at the time was retired General Douglas MacArthur. Intimidated at first by a company that was so much a part of Americ a, Arnold also found in that phrase the first inspiration for a campaign. After thinking about it, he went to the New York offices of Merrill Lynch, Pierce, Fenner and Beane, and placed the ultimate odd-lot order.

“I want to purchase,” he told the broker, “one share of every single stock listed on the New York Stock Exchange.” After a vice president tried to talk him out of it, the order was finally placed. It came to more than $42,000 for one share in each of the 1098 companies listed on the Big Board at the time. Arnold now took his diversified portfolio into a meeting of Remington Rand’s board of directors, where he argued passionately for a sweepstakes campaign with the top prize called A Share in America. The conservative old gentlemen shifted around in their seats and discussed the idea for a while. “But Mr. Arnold” said one, “we are not in the securities business.” Said another, “We are in the shaver business.”

If we fail to see that the ministry is people then we totally fail.

What to do:
✞ Love people, use things, for when you love things you will use people.