Daily Devotion: It is Dangerous to Fall in Love with the World 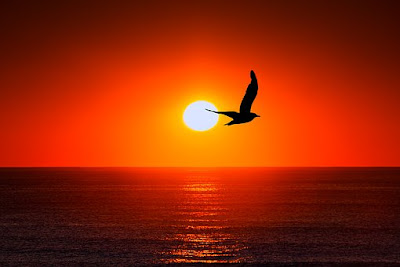 Key Verse: Verse 15 & 17 – "15 Love not the world, neither the things that are in the world. If any man love the world, the love of the Father is not in him.” “17 And the world passeth away, and the lust thereof: but he that doeth the will of God abideth for ever...”

Key Words: Love not the world

Becoming attached to this world is a dangerous thing. Let me explain with an illustration:

Dr. George Sweeting wrote in Special Sermons for Special Days: “Several years ago our family visited Niagara Falls. It was spring, and ice was rushing down the river. As I viewed the large blocks of ice flowing toward the falls, I could see that there were carcasses of dead fish embedded in the ice. Gulls by the score were riding down the river feeding on the fish. As they came to the brink of the falls, their wings would go out, and they would escape from the falls.

“I watched one gull which seemed to delay and wondered when it would leave. It was engrossed in the carcass of a fish, and when it finally came to the brink of the falls, out went its powerful wings. The bird flapped and flapped and even lifted the ice out of the water, and I thought it would escape. But, it had delayed too long so that its claws had frozen into the ice. The weight of the ice was too great and the gull plunged into the abyss.”

The finest attractions of this world become deadly when we become overly attached to them. They may take us to our destruction if we cannot give them up. And as Sweeting observed. “Oh, the danger of delay!”

What to do:
✞ It’s always wise to obey God and “love not the world.”