Daily Devotion: How to Have Friends 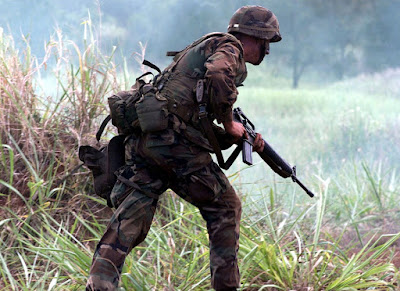 Key Verse: Verse 4- “Then said Jonathan unto David, Whatsoever thy soul desireth, I will even do it for thee.”

Key Words: Whatsoever thy soul desireth, I will even do it for thee

Jonathan befriended David and loved him as a brother. Naturally, as a result of Jonathan’s love for him, David returned the same love toward Jonathan. You see, the key to having a friend comes first by being one.

The old saying goes, “I went out looking for a friend. I could find none anywhere. I went out to be a friend, and I found them everywhere.”

Out of the furnaces of war come many true stories of sacrificial friendship. One such story tells of two friends in World War I, who were inseparable. They had enlisted together, trained together, were shipped overseas together and fought side-by-side in the trenches. During an attack, one of the men was critically wounded in a field filled with barbed wire obstacles, and he was unable to crawl back to his foxhole. The entire area was under a withering enemy crossfire, and it was suicidal to try to reach him. Yet his friend decided to try. Before he could get out of his own trench, the sergeant yanked him back inside and ordered him not to go. "It’s too late. You can’t do him any good and you’ll only get yourself killed."

A few minutes later, the officer turned his back, and instantly the man was gone after his friend. A few minutes later, he staggered back, mortally wounded, with his friend, now dead, in his arms. The sergeant was both angry and deeply moved. "What a waste," he blurted out. "He’s dead and you’re dying. It just wasn’t worth it."

With almost his last breath, the dying man replied, "Oh, yes, it was, Sarge. When I got to him, the only thing he said was, ’I knew you’d come, Jim!"

One of the true marks of a friend is that he is there when there is every reason for him not to be, when to be there is sacrificially costly.

What to do:
✞ You want friends? It starts by first being one.