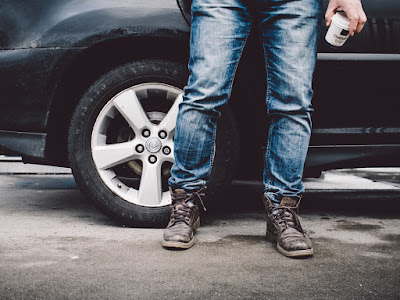 Key Verse: Verse 15 - "For ye have not received the spirit of bondage again to fear; but ye have received the Spirit of adoption, whereby we cry, Abba, Father.”

Key Words: For ye have not received the spirit of bondage

A man who lived in a foreign country became a citizen of the United States of America. In the country where he was raised and grew up, there was a curfew overseen by the military. Beyond a certain time, the streets had to be cleared and everyone had to be in their homes. When he immigrated to the United States, he began immediately sightseeing to see part of the country that he was now becoming a part of. However, when he saw darkness set in and looked at his watch, he saw that he was about to pass his curfew time.

Seeing a man getting in his car, he said, “Sir would you please rush me to my hotel so that I won’t overstay my curfew and get in trouble?”

The gentleman in the car couldn’t figure out what in the world the man was talking about until it dawned on him that he was a foreigner and that he was a little mixed up about his new life in America. He explained to and assured the man that in the U.S. the law that he had been used to no longer applied. He explained that he was no longer under the jurisdiction of the country he came from. He was in a new country now and that meant he was free to stay up and stay out. The restrictions of the old homeland no longer applied. This man was in the United States, but had not yet learned to cast off the bondage of the old country.

A lot of us are in Christ, but we’ve not yet learned how to cast off the old bondage of being Adam. So we sing about freedom, talk about freedom, and yet we feel the pressure of the curfew and the bondage and oppression of the old law system under which we operated. Far too many Christians today are in chains because they’ve just spent so much time in the old country. In getting used to this thing about being free in Christ, they have not adapted yet.

What to do:
✞ God’s freedom is not the freedom to do as you please but to do as He pleases.