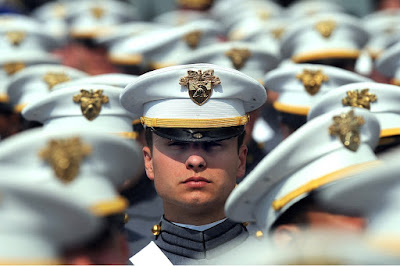 Key Verse: Verse 18 – “And he is the head of the body, the church: who is the beginning, the firstborn from the dead; that in all things he might have the preeminence.”

Key Words: in all things he might have the preeminence

The word preeminence is a military term meaning top in rank, primary. If our values are to be right, Christ must be at the top of our value list. Unfortunately, today that is seldom the case.

Family
Vince Foster was the deputy presidential counsel to President Clinton. He spoke to the 1993 graduating class of Arkansas University School of Law just six weeks before his controversial death. In his speech he spoke of his love for family and his wife of 25 years. He encouraged the graduates to “balance wisely your professional life and your family life. No one was ever heard to say on a death bed, ‘I wish I had spent more time at the office.’”

Friends
Just about everyone has heard of the feud between the Hatfields and the McCoys. There are a couple of things you might not know. Did you know that at one time the two families were friends? Also, did you know how the feud started? In 1878 they had a dispute over the ownership of a hog. That led to a twelve-year war which resulted in the deaths of three Hatfields, seven McCoys, and two outsiders. Disagreement over that one hog stole twelve years and twelve lives. Most family feuds today are equally ridiculous because we have not had our moral compass on what are true values.

Spiritual Priorities
There is an old legend of a swan and a crane. A beautiful swan alighted by the banks of the water in which a crane was wading about seeking snails. For a few moments the crane viewed the swan in stupid wonder and then inquired:

"Where do you come from?"

"I come from heaven!" replied the swan.

"And where is heaven?" asked the crane.

"Heaven!" said the swan, "Heaven! have you never heard of heaven?" And the beautiful bird went on to describe the grandeur of the Eternal City. She told of streets of gold, and the gates and walls made of precious stones; of the river of life, pure as crystal, upon whose banks is the tree whose leaves shall be for the healing of the nations. In eloquent terms the swan sought to describe the hosts who live in the other world, but without arousing the slightest interest on the part of the crane.

Finally the crane asked: "Are there any snails there?"

"Snails!" repeated the swan; "No! Of course there are not."

"Then," said the crane, as it continued its search along the slimy banks of the pool, "you can have your heaven. I want snails!"

What to do:
✞ Don't exchange the permanent for the temporary.