Daily Devotion: A Tip About Pride 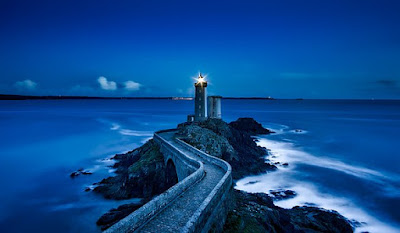 Key Verse: Verse 18 – “Pride goeth before destruction, and an haughty spirit before a fall.”

The statement about pride is emphatic: if you act out of pride and refuse to humble yourself, destruction in some shape, form or fashion will come.

In U.S. Navel Institute Proceedings, the magazine of the Naval Institute, Frank Koch illustrates the importance of obeying the Laws of the Lighthouse. Two battleships assigned to the training squadron had been at sea on maneuvers in heavy weather for several days. I was serving on the lead battleship and was on watch on the bridge as night fell. The visibility was poor with patchy fog, so the captain remained on the bridge keeping an eye on all activities.

Shortly after dark, the lookout on the wing reported, "Light, bearing on the starboard bow."

"Is it steady or moving astern?" the captain called out.

The lookout replied, "Steady, Captain," which meant we were on a dangerous collision course with that ship.

The captain then called to the signalman, "Signal that ship: 'We are on a collision course, advise you change course twenty degrees.'"

Back came the signal, "Advisable for you to change course twenty degrees."

By that time the captain was furious. He spat out, "Send: 'I'm a battleship. Change course twenty degrees.'"

Back came the flashing light, "I'm a lighthouse."

And the result of the humble action of changing course prevented destruction!