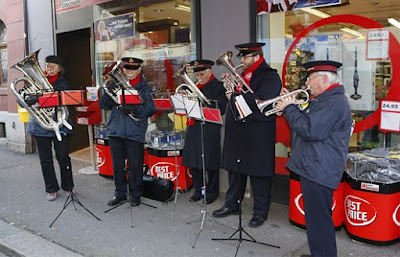 Key Verse: Verse 37 – “But let your communication be, Yea, yea; Nay, nay: for whatsoever is more than these cometh of evil.”

The principle is that we should be true to our word. Words are easy to say but often hard to fulfill. But our reputation is built or destroyed by how we carry out or fail to carry out our promises.

During the early days of the Salvation Army, William Booth and his associates were bitterly attacked in the press by religious leaders and government leaders alike. Whenever his son, Bramwell, showed Booth a newspaper attack, the General would reply, “Bramwell, fifty years hence it will matter very little indeed how these people treated us; it will matter a great deal how we dealt with the work of God.”

The kings of Italy and Bohemia both promised safe transport and safe custody to the great pre-Reformation Bohemian reformer, John Hus. Both, however, broke their promises, leading to Hus’s martyrdom in 1415. Earlier, Thomas Wentworth had carried a document signed by King Charles I which read, “Upon the word of a king you shall not suffer in life, honor, or fortune.” It was not long, however, before Wentworth’s death warrant was signed by the same monarch!

What to do:
✞ Always strive to keep your reputation above reproach.